WHY MANY WILL NEVER MAKE MONEY IN LIFE 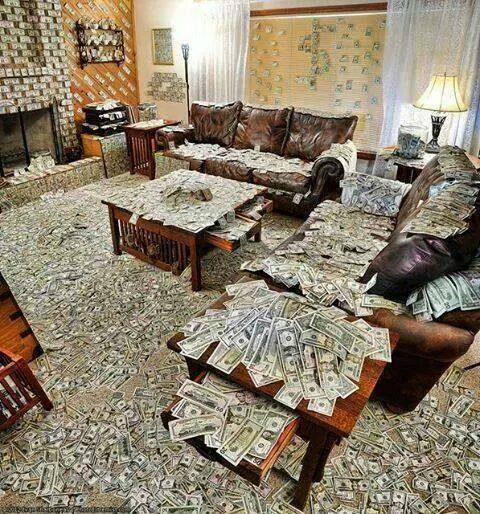 Having the knowledge of what it takes to succeed is not really an assurance of success. Knowledge on its own does not make for success, it is the knowledge applied that has the power to deliver the desired result.

Many will never make money in life, because fear won’t allow them to put their knowledge to work. The fear of failure is one major hindrance why many will never be prosperous. Until you overcome this, you might not be able to take the necessary steps that should make for your prosperity.

The question is this, would you allow fear rob you of your financial destiny? Every man has fear, including those that are making money. The difference is that they have learnt to master their fear, by taking steps in spite of their fear.

A police man on an assignment to arrest armed robbers has fear, yet he goes against the robbers. It is taking steps in spite of fear that makes you a master over fear. Every time fear whispers to you “what if this does not work ” reply with “what if it does work “.Then go ahead and put your plans to work. Feel the fear and do it anyway!

Fear is, and always has been, the greatest enemy of mankind. Fear of failure can cage and in truth it is caging destinies. You must not allow it to cage your financial destiny. Franklin D. Roosevelt said, “The only thing we have to fear is fear itself,”

The young man who got one thousand dollars could do nothing with the money. Fear robbed him of all strength and action. Fear got him paralyzed, and made him inactive. And at the end, fear did not allow him fulfill his financial destiny.

READ  HOW TO ACHIEVE YOUR FINANCIAL GOALS

Please note that the master was furious with this fearful chap and said, ‘That’s a terrible way to live! It’s criminal to live cautiously like that!

Never be afraid of making mistakes. People fail forward to success. The truth is that successful people fail many more times than failures do, but the difference is the successful will never allow their past failures hinder them from taking the next necessary step of action.

Confucius said, more than 4,000 years ago, “Our greatest glory is not in never falling, but in rising every time we fall.”

Refuse to be the “play-it-safe” who won’t go out on a limb. Go out there and confront your fear. Take action in spite of your fear!

Do you desire FINANCIAL FREEDOM?
Then add your email address below to access my book “The Secret Of Unlimited Wealth” for FREE.