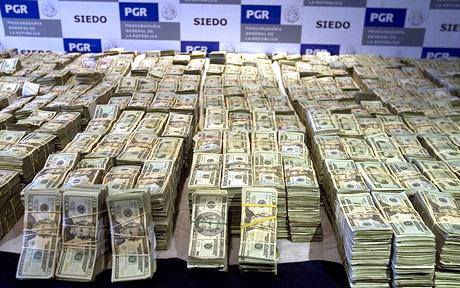 It is a great error to think someone is wealthy because that person owns a lot of things. The truth is this; you can go broke if all you possess are things that don’t generate income.

Wealth is an income stream. It is the ownership of valuable resources; a perpetual source of resource that is functional without your labor. A person is defined as wealthy when his passive income pays for his living expenses. This is true financial independence.

As such, wealth creation can be described as the accumulation of income-generating assets. For most people, this journey begins by earning an income from a job. As an employee, you essentially earn income by providing a service to your employer. Unfortunately, these earnings stop when you stop providing the service for you were employed.

Earned Income Must Be Converted To Income-Generating Asset

Sadly, earned income does not determine wealth, what determines wealth is what you do with earned income. The use to which you put what you make is more important than how much you make.

Most people do not know they have to go beyond earning a good salary, to converting their income to asset. The few that do know don’t do it.

Their emotional buying behavior would not allow them. They are always too emotionally occupied with the stuff to buy……..unfortunately, these purchases are liabilities; things that would not contribute to their dream of becoming wealthy. And by the time they are done with their purchases, they are left with no money to invest in wealth building assets.

Ability To Control Your Emotions Is Crucial

This means that without control over your emotions, especially with regards to emotional buying of stuff; converting your earned income to assets, which should generate perpetual passive income for you, would be hindered.

“He that hath no rule over his own spirit is like a city that is broken down, and without walls.” Proverbs 25:28

Our relationships with money are not always totally rational. Money is a very emotional financial instrument; it is powerfully connected to emotions. In fact, the world of money can be described as a world of emotion.

As humans, we all have tendencies to exhibit both positive and negative emotions, which ultimately impact upon our decisions. Our emotions are very powerful forces that influence our decisions in life, especially financial decisions. This makes the emotions we feel when dealing with money issues the cornerstones of our financial destinies.

Destinies are made or destroyed on the altar of decision making. And the truth is, nothing influences decisions like emotions. Understanding the influence your emotions can have on your decision making process would help you to be careful whenever you are making any financial decision.

The truth is that nothing influences your ability to make quality decisions like the emotions of fear and greed. Many investors have lost good money to the negative influences of emotions on their investment decisions.

The same goes for your personal life, your decisions…. especially your spending decisions could easily be influenced by your emotions. Lack of control over your emotions is what leads to overspending, and ultimately to debt and insolvency.

This is the Crux of this post: when emotions increase, intelligence decreases. The more your financial decisions are emotion based, the lower the financial intelligence you will demonstrate.

Emotional Purchases Can Make You Poor

It is a known fact that most people essentially buy things based on emotions and not necessarily on logic. They only justify their purchases with logic. Emotional spending can give people a brief feeling of excitement and pleasure. Unfortunately, this fleeting gratification soon turns into discontentment and displeasure.

“Wise people live in wealth and luxury, but stupid people spend their money as fast as they get it.” Proverbs 21:20

Unfortunately, when you become an overspender, you begin to break two of the most fundamental principles of wealth creation: the principle of living below your means and the principle of saving the surplus for investing.

Overspending is a habit that starts with lack of control over one’s emotion to buy stuff. It is a situation in which one spends too much money, or spends more than one earns. You are overspending when you start spending more money than you should or can afford.

People get into debt because of their tendency to overspend. According to research by Ning Zhu, an associate professor of management at UC Davis, more than 50% of bankruptcies were caused by debt, while unemployment and medical problems accounted for 13% and 5% respectively. The research also established that reckless spending, not illness or job loss, causes most bankruptcies.

Emotional purchases are responsible for most reckless or overspending habits, which ultimately lead to debts and bankruptcies. Many are in financial problems simply because their buying decisions were based on emotions rather than rational thoughts. They bought on emotion, what logically they ought not to have bought.

The Oxford Advanced Learner’s Dictionary defines emotion as a strong feeling such as love, fear or anger, the part of a person’s character that consists of feelings.

It also defines Emotional Intelligence as the ability to understand your emotions and those of other people and to behave appropriately in different situations. It is the capacity to be aware of, control, and express one’s emotions. In essence, it is your ability to identify and manage your emotions and self in a bid to produce positive outcome in your life.

A great part of your financial success would be determined by your ability to recognize, understand and deal with your emotions. This is basically about your ability to control your feelings in financial matters, especially when making purchases.

In view of the fact that your ability to manage your feelings is critical to wealth building; it is therefore wisdom that anytime you want to make financial decisions, to step back and do a little self analysis. Ask yourself if the purchase you intend to make is logical or are you just being moved by the force of emotion.

As human beings, we all have emotions. Our emotions are very crucial part of our nature. They can help us to achieve our financial dreams and aspirations if they are well managed. The flipside is that they can be destructive if they are not well managed. It is your responsibility to learn to control and manage your emotions.

And to share the acts of God in your business and financial life CLICK HERE.
IF YOU DESIRE WE AGREE WITH YOU IN PRAYERS CONCERNING ANY AREA OF YOUR LIFE AND BUSINESS, PLEASE DROP YOUR PRAYER REQUESTS HERE.

Would you like to be shown how to be financially free?

Then add your email address below to access my book “FINANCIAL FREEDOM: How To Generate Income For Life Without Ever Having To Work Again” for FREE.