MASTER REJECTION AND BE RICH 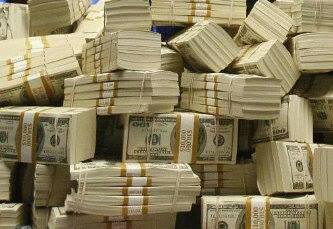 If you are going to be rich in life, and fulfill your financial destiny, then, you’re going to have to be mentally tough. You need to develop mental toughness for you to master and defeat the enemy called rejection.

Every man who has ever achieved anything in life had at one point in their journey developed this all-important skill. It is a skill that differentiates the boys from the men. It’s the seal of manhood in the arena of business and financial exploits.

Receiving “No” Is A Part Of The Process

Encountering rejection is part of the equation of business and financial success. You must get acquainted to the idea that there will be a lot of rejection as you journey into the world of money. The key to success is never to give up. When someone tells you “no”, speak to someone else.

Asking is a principle of success, but you will do yourself some good to know that some people will say yes and some will say no to you. Knowing this ahead of time softens the pain of rejection.

You should never persecute, condemn or destroy yourself because someone or some people said no to you. The SWSWSWSW which stands for “some will, some won’t; so what-someone’s waiting” will be of great help to you.

Accepting no is a part of the process of finding those who say yes. When someone says no to you, what should come to your mind is the word “Next”. There is someone waiting down the road to say a big YES to you. By all means keep asking. Persistence, couple with absolute belief, can never be defeated.

You can try to avoid the pain of rejection by saying nothing, doing nothing, being nothing. Many great destinies and dreams have been slaughtered on the altar of rejection; yours will not be on the list.

It is almost impossible to succeed in any field of endeavour without mastering rejection. Can you imagine a marketer who fears rejection succeeding? The truth is that we are all selling….it could be selling your product or service to potential employer or client. It is in selling that money is made.

Or can you imagine a young man who desires marriage yet fears rejection from ladies getting ahead in life?

Rejection had made mockery of many promising destinies, sent many out of the race for greatness. It had frustrated and wounded many supposedly strong men. It is indeed the stealer of destiny.

It’s All About Your Interpretation

An average person has been programmed to interpret rejection as a negative, even psychologically frightening and ominous event. The mere fear and anticipation of rejection will keep people from taking quality actions toward their financial destiny.

The ultimate of rejection is to keep you paralyzed and inactive, and once action is taken away from your equation of success, failure is inevitable and unavoidable.

The problem is not the rejection but the meaning given to it. This is what determines the response we give to rejection…either to give up on our dream for financial freedom or to be more doggedly committed to the realization.

“I take rejection as someone blowing a bugle in my ear to wake me up and get going, rather than retreat.” Sylvester Stallone-Actor

You must never take rejection personal. Always see it as an event to which you can determine its meaning. The meaning given to an event is only a matter of your perception. Your perception of an event can always be changed through reprogramming.

READ  THE SECRET OF WEALTHY PEOPLE

You must learn to interpret rejection in a way that it would not leave you wounded and defeated.

Rejection Is Not New

Jesus was rejected many times in the Bible. Prophet Isaiah spoke about the rejections before He was born.

“Who hath believed our report? and to whom is the arm of the LORD revealed? For he shall grow up before him as a tender plant, and as a root out of a dry ground: he hath no form nor comeliness; and when we shall see him, there is no beauty that we should desire him. He is despised and rejected of men; a man of sorrows, and acquainted with grief: and we hid as it were our faces from him; he was despised, and we esteemed him not.” Isa 53:1-3

“He shall not fail nor be discouraged, till he have set judgment in the earth: and the isles shall wait for his law.” Isa 42:4

“Jesus saith unto them, Did ye never read in the scriptures, The stone which the builders rejected, the same is become the head of the corner: this is the Lord’s doing, and it is marvellous in our eyes?” Mat 21:42

Jesus was never discouraged; and He fulfilled His destiny. You must fulfill yours.

Everyone who has ever made it to the top has had to endure rejections. Learn from these guys too:

Mark Victor Hansen and Jack Canfield, the authors of Chicken Soup for the Soul, sold 8 million copies of their book after receiving 130 rejections.Ø

Colonel Harlan Sanders, founder of KFC received over 300 rejections before he found someone to believe in his dream. And because he rejected rejection, now there are over 11,000 KFC restaurants in more than 80 nations of the world.

READ  YOUR KICK- OFF POINT FOR GREAT WEALTH

Alexander Graham Bell offered the rights to the telephone for $100,000 to Carl Orton, president of Western Union, Orton replied, “What use would this company make of an electrical toy?

Sylvester Stallone was rejected many times before he made it to stardom.

Surely, rejection is never and will never be a sign of failure and defeat. The stone the builders reject can indeed become the head of the corner.

I want to encourage into stepping out with full confidence and pursuing your dream of financial abundance. Don’t allow the fear of rejections or past rejections steal your financial dream and destiny.

If you suspect that you are being rejected because of an attitude you project, or for lack of skills, then take some time to work on your personal growth.

It is a new day for you!

IF YOU DESIRE WE AGREE WITH YOU IN PRAYERS CONCERNING ANY AREA OF YOUR LIFE AND BUSINESS, PLEASE DROP YOUR PRAYER REQUESTS HERE.

Do you desire FINANCIAL FREEDOM?
Then add your email address below to access my book “The Secret Of Unlimited Wealth” for FREE.