MASTER HOW TO SOLVE PROBLEMS AND SMILE TO THE BANK 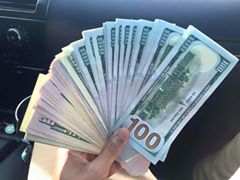 One of the biggest differences between the rich  and poor is their attitude toward problems. The truth is, prosperity is not cheap. The journey into the world of wealth and riches is full of hassles, obstacles, problems and responsibilities. And this is the reason most people don’t embark on it.

Poor people will do anything to avoid anything that looks like a problem. They see problems as enemies; therefore they try to go far from it. But in their bid to avoid problem the go into it….they’re poor.

They become poor because they avoid the thing that should give them money. Money is made from problems…from solving problems. This is one secret the rich know very well. As a result, the rich see problems differently from the way the poor see problems.

The rich see opportunity in every problem. They believe that in every seed of adversity, there is an equivalent seed of advantage. This is the winning attitude that makes for wealth and riches.

The secret of prosperity is not to avoid problems, but to grow in ability and capacity, and become able to solve the problems.

You need to develop yourself; you must become bigger than any problem for you to be able to solve them. It is in solving problems that you make money.

Listen friend, it is mentality that defines reality.

To become a problem solver, you just have to grow bigger than any problem. The bigger you become, the smaller and simpler every problem becomes. Problems become easier to solve when we take time to grow in ability and capability.

READ  WEALTH AS A PERISHABLE ASSET

To him the year one test has become very easy, but a few years down the road he was in the same class, took almost the same test.  Then it was a difficult test. But today, by reason of growth the test is no longer difficult.

Now think of a “level 12” person, looking at the same problem. At this point, the supposed problem has become a work-over. A no match!

Listen, the secret of solving problems is to grow bigger than the problems. As you become bigger, the problem become smaller, and easier to solve.

When you solve problems for people, you make money and thereby smile to the bank.

Those who have master the art of problem solving smile to the banks.

You’re enlisted among problem solvers as you’re equipped and empowered to solve problem for yourself and others.

Grow bigger than any problem, and problem will come down to you.

Let’s have your view

Have you ever been confronted with a problem that seemed beyond you at the beginning, only for it to become easier to solve later? Tell us about you experience.

IF YOU DESIRE WE AGREE WITH YOU IN PRAYERS CONCERNING ANY AREA OF YOUR LIFE AND BUSINESS, PLEASE DROP YOUR PRAYER REQUESTS HERE. 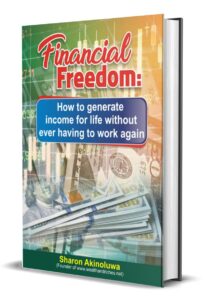 Would you like to be shown how to be financially free?

Then add your email address below to access my book “FINANCIAL FREEDOM: How To Generate Income For Life Without Ever Having To Work Again” for FREE.